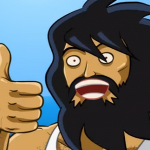 Nick "NK" Walker is a veteran of Rated Awesome and the Mini Crit war. He's a surviving member of the Rated Awesome Panty Raid. Well known for being 3 years old as well as creator of the youtube channel critikal. Nick Walker is a regular at the Rated Awesome servers. Born into a life of crime Nick would do anything to protect those he loved and had dreams of becoming a wealthy man. One day while browsing a stolen laptop he discovered Team Fortress 2 and the Trade server Rated Awesome. Certain Items in TF2 were valued at thousands of dollars, seeing this Nick decided this was where he would start his empire.

Retrieved from "https://ratedawesome.fandom.com/wiki/User:Nick_Walker_II?oldid=4211"
Community content is available under CC-BY-SA unless otherwise noted.